Architecture at its finest 🥇

As we have said before, Mallorca has it all. The great Spanish architect Gaudí is included here.

It is known that Antoni Gaudi, the creator of Sagrada Familia, designed only a few buildings outside Barcelona. We have all heard about El Capricho de Gaudí or about many other famous masterpieces of this architect. But only a few know that the famous architect was chosen to refurbish the altar area of the Mallorca’s Cathedral. 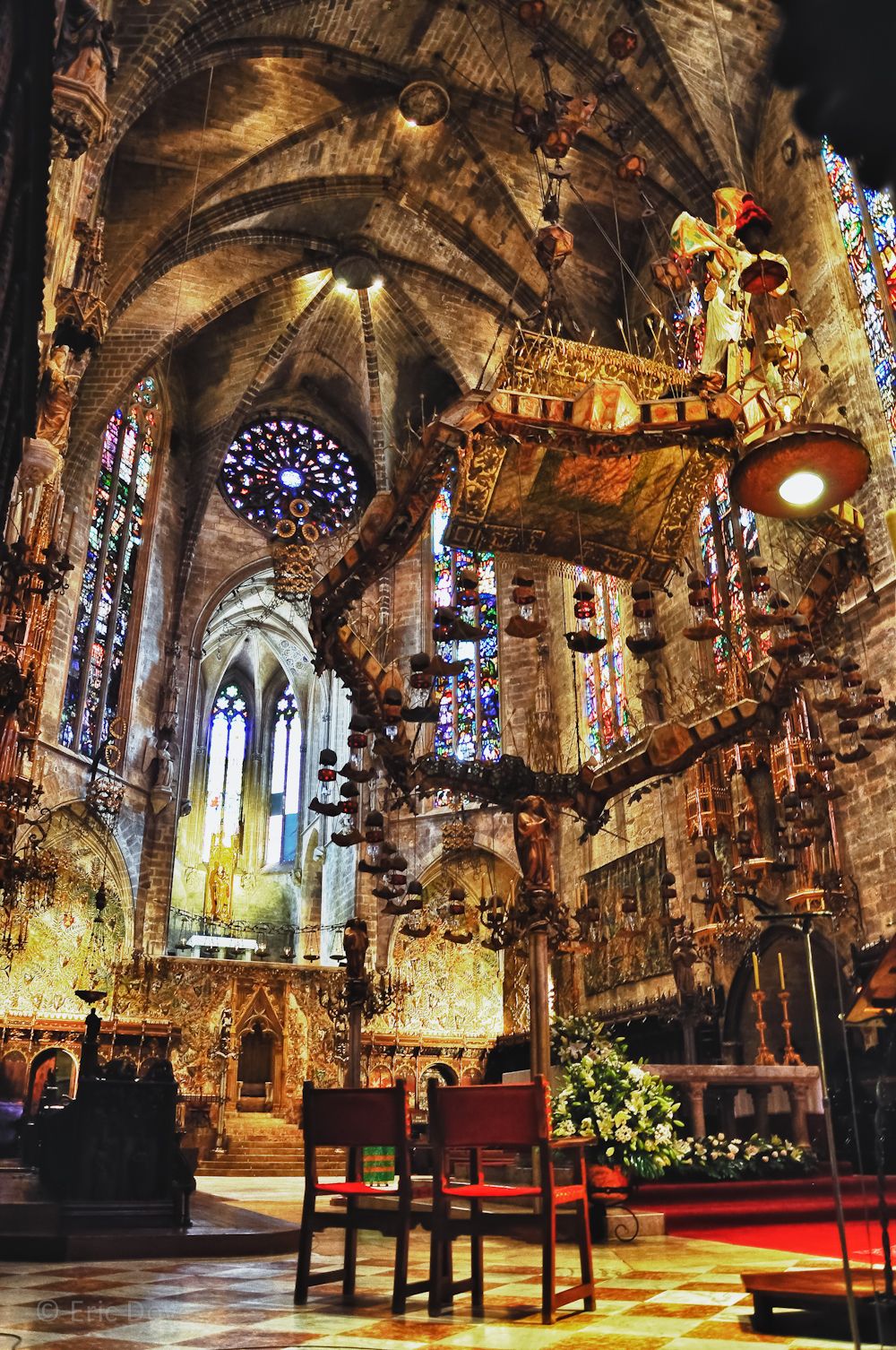 A little bit of context

The main reason of this choice was the Bishop Pere Campins who, at the end of the 19thcentury, unpleased by other architects’ proposals, needed the knowledge and refinement of one of the bests.

The intervention didn’t have the intention of increasing the dimensions of the gothic building, but to reorganise the altar and choir area, in order to fit the best in such context of a historic monument.  There were dismantled two pieces of the altar that had to improve the vision toward the bishop’s throne and the position of a baldachin right over the altar. Another important modification consisted in a more lightning space by putting in value of some old windows that were closed with stone by time. 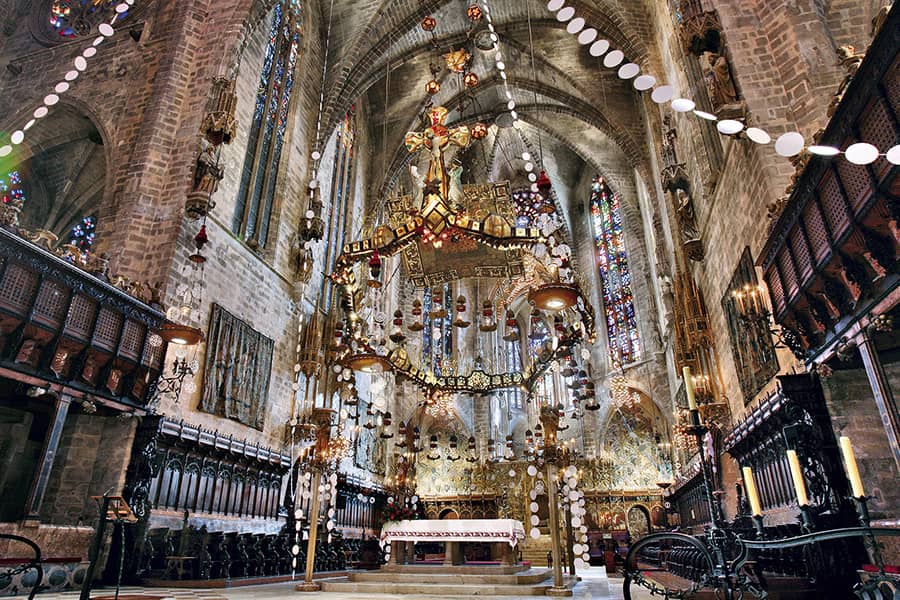 The choir was relocated in the presbytery area. With all these, the artificial lightning of the intervention area had to know an important renewal through the design of new iron and ceramic ornamental elements such as lightning bodies, which had to prove out again the master’s artistry.

Unfortunately, the whole project wasn’t finished due to the bishop’s death in 1914, when Gaudi had to leave the site construction, by lack of support by the following rulers or misunderstandings with the contractors. 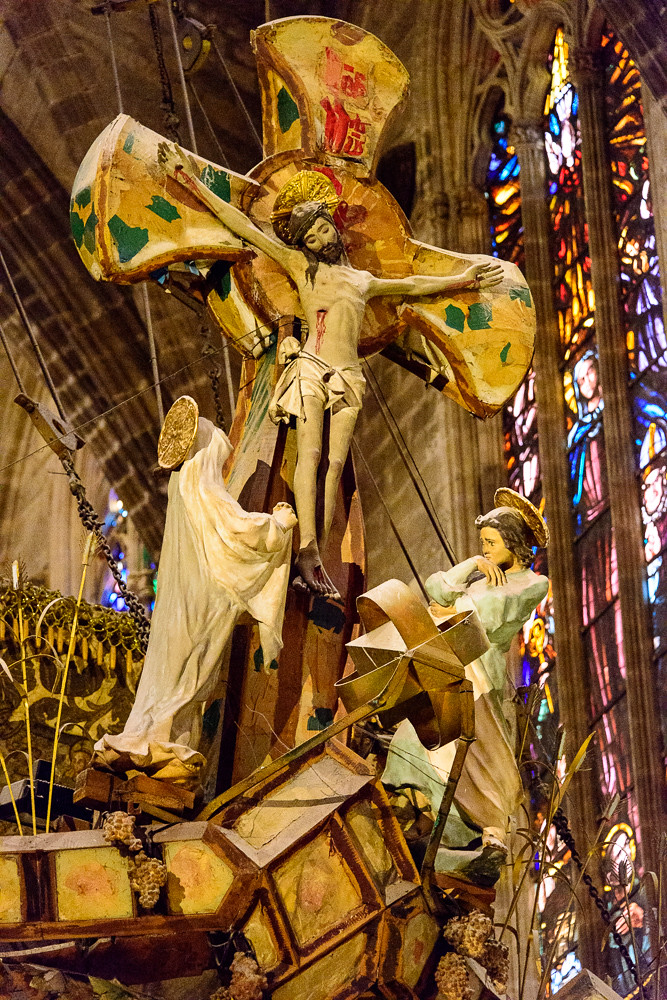 Don’t lose the occasion of visiting such an iconic intervention in Palma de Mallorca! 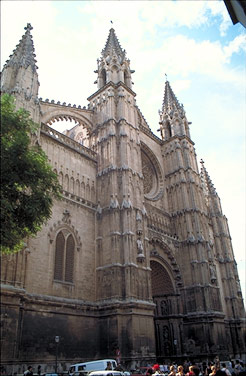 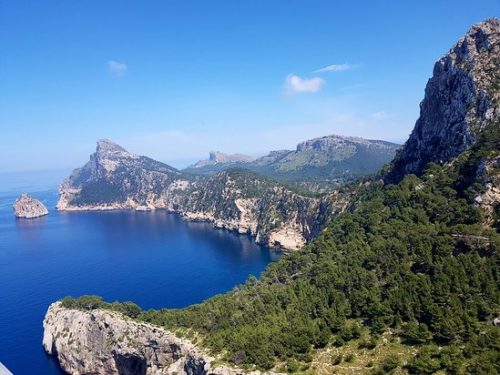 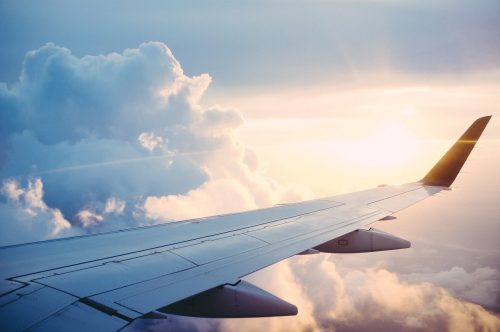 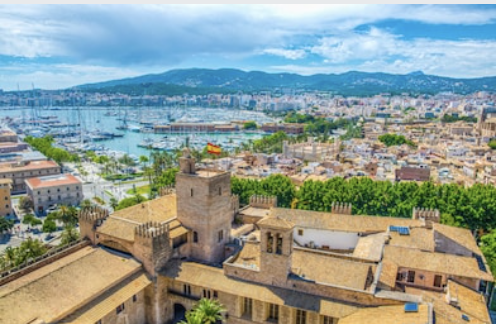